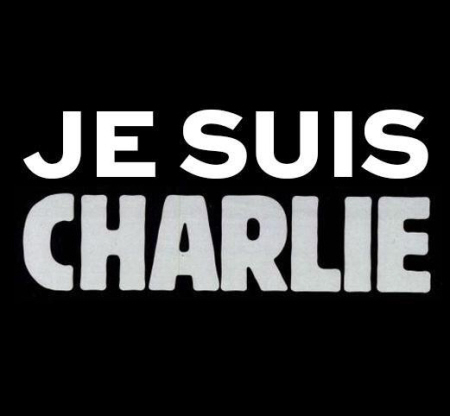 An attack on well-known satirical magazine Charlie Hebdo has killed at least 12 people, including the editor and 3 other cartoonists and 2 police officers, with at least 4 seriously and a number of others less-gravely injured. It has been reported that two (later amended to three) gunmen used assault-rifles to kill those in the office before engaging in a gunfight with police outside and using a vehicle to escape, later found abandoned in a northern Paris street. The magazine obviously lampoons many targets, but it seems clear that its satirical cartoons mocking Moslem extremists have provoked this latest awful outrage. Free speech must be defended and maintained and terrorists not permitted to prevail!

Fuller details may be read in the BBC website here, with a regularly updated news and comment feed here.

I have added this awful outrage to the permanent memorial page in my personal website; the list of crimes marked there grows ever longer unfortunately.

UPDATE (Sunday 11JAN2014 14.15 GMT) Events moved swiftly after the first killings on 7th January, so this update attempts to summarise concisely the events of the next two days until resolution of the initial and later outrages was achieved. Summary - death toll in 4 separate locations; 17 victims and 3 of the terrorists. It began on 7th January with an attack on well-known satirical magazine Charlie Hebdo in which 12 people were killed, including the editor and 3 other cartoonists and 2 police officers, with a further 11 injured. The attack was carried out by two Moslem extremist gunmen and after a hide-and-seek operation across a wide area north-east of Paris, two were cornered in a printing works in Dammartin-en-Göele (Seine-et-Marne) and very close to the main Paris airport of Roissy-Charles de Gaulle two days later; they were killed by police when they exited the building firing weapons. On 8th January a police officer was shot dead in the Paris suburb of Montrouge by one or two terrorists. On 9th January, two different terrorists took hostages in a Kosher (i.e. Jewish) grocery store, resulting in the deaths of 4 of the hostages. One of these two terrorists was shot dead, the other has escaped and is being searched for although various reports indicate she may already have left France and perhaps have travelled to Syria. Free speech must be defended and maintained and terrorists not permitted to prevail by intimidating us into silence!
Posted by Bill at 6:53 pm
Email ThisBlogThis!Share to TwitterShare to FacebookShare to Pinterest
Labels: France, freedom of expression, Islam, Paris, terrorism